Xeomin® VS Botox®: The (RIGHT) One For You

Home/Xeomin® VS Botox®: The (RIGHT) One For You

Did you know that the first signs of aging on your face usually manifest as fine lines and wrinkles? But while aging is inevitable, these signs can definitely be treated using wrinkle relaxers such as Botox® and Xeomin®.

Botox® and Xeomin® can help in reducing the appearance of moderate to severe dynamic wrinkles on your face such as frown lines, crow’s feet, or glabellar lines. Both injectables are a type of Botulinum toxin A and work as a neuromodulator (i.e., they paralyze the facial muscles temporarily to smooth out the wrinkles in that area).

This article aims to compare the two injectable wrinkle relaxers, and help you choose the right one for you!

Similarities Between Xeomin® And Botox®: 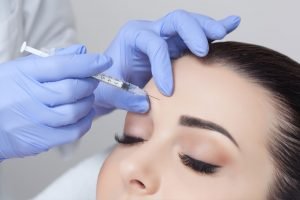 Since Xeomin® and Botox® are both wrinkle relaxers, they have very similar effects. They reduce the appearance of dynamic wrinkles that develop due to the repeated contraction of the same facial muscles.

Both injectables require no downtime and can take as little as five minutes to administer depending on the area/s of concern.

Even their results last for a similar span of time (i.e., up to 3 months), although you should come back for a week after your first injection to see if you’ll need touch-ups.

Differences Between Xeomin® And Botox®:

Xeomin® and Botox® are similar in many aspects, but are not identical. Here are the key differences that you should know about:

Xeomin® can be more effective for some patients.

Xeomin® is one of the purest forms of Botulinum A toxins since it doesn’t contain any additive proteins, which is why it is also called the naked injectable.

In contrast, Botox® has certain proteins mixed in, that might lead to the development of antibodies in the body, thus reducing its effect. So, Xeomin® may produce a better outcome if your body is no longer responding as well to Botox®.

Xeomin® is especially effective for the frown lines.

According to the AAFE, 84,000 individuals have gotten promising results with Xeomin® when it comes to reducing the appearance of frown lines or glabellar lines. Also also called “11” lines, these appear between the eyebrows when you frown or squint.

As mentioned earlier, Xeomin is especially effective for patients with frown lines who’ve developed resistance to some of the additive proteins in Botox.

Are Botox® and Xeomin® safe?

Yes! Neither Xeomin® or Botox® have been associated with any adverse effects or disabilities. Both the treatment options are safe and painless and require minimal downtime and recovery.

Apart from that, both Xeomin® and Botox® have been deemed safe for use by the FDA, so you need not be worried.

When it comes to facial injectables, Botox® is still the most popular.  However, there are also other alternatives apart from Xeomin that are safe and approved by the FDA, such as Xeomin®, Dysport®, and Jeuveau®. All of these are more or less different forms of the same toxin but can be by a skilled injector to deliver specific results or address specific concerns.

Xeomin® Vs Botox®: Which One Should You Choose?

Understanding the different options for injectable wrinkle relaxers out there and what kind of wrinkles they can treat would greatly help in determining the right treatment option for you.

Luckily, the certified and experienced experts at Luminare are great at doing just that. Call us now to know more about your options and schedule a consultation with us!